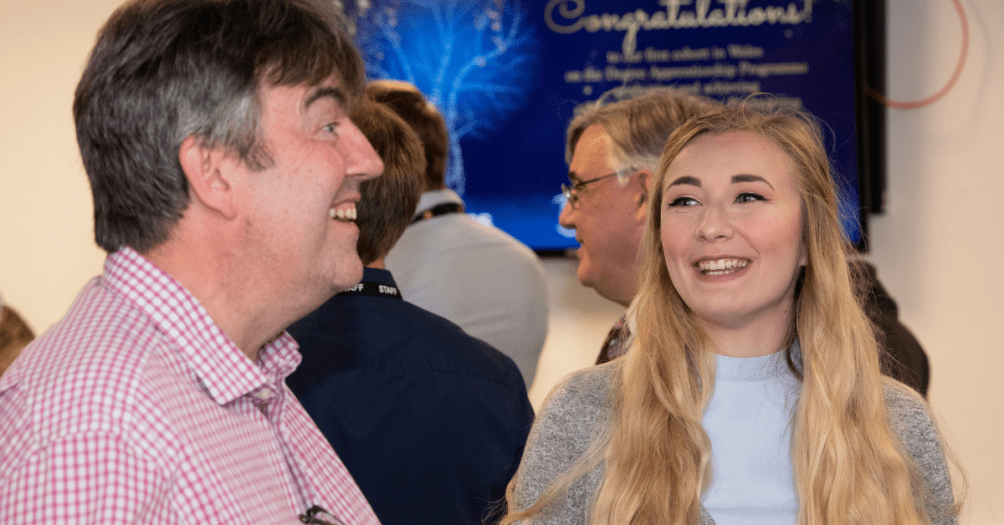 Casey’s route into Computer Science was an unsual one. She was all set to be a French teacher until the course she’d wanted to study at Swansea Uni got cancelled due to lack of interest. Casey decided instead to study Computer Science (on the assumption it was graphics!).

After discovering it was not graphics, Casey heard of Technocamps and thought it was a great programme to get involved in so she selected a teaching module that was run by Prof. Faron Moller (Director of Technocamps). This allowed her to see computer science being taught in schools and teach it herself. She enjoyed seeing students inspired by a field that they may not have previously considered, like her.

She was also inspired by Technocamps’ encouragement of girls into the field as it is dominated by men. Casey then worked as a Teaching Fellow at Technocamps, meaning she got to do a wide variety of things, from teaching 7 year olds how to make robots to teaching 16 year olds how to write programs for their GCSEs and teaching adults modules on their degree.

Her favourite part of the role was creating new workshops, finding new ways to teach and transform something that may seem dull into something students actually want to learn!

“My new job as Lecturer in Computer Science is one I never in a million years thought I would get. My time at Technocamps and teaching on the Degree Apprenticeship has been amazing. I’ve improved my teaching skills no-end and I have also almost finished a PGCHE which I was encouraged to do when I applied for the job. I have no doubt that if I hadn’t applied to be a Teaching Fellow at Technocamps, I would not be where I am now.”