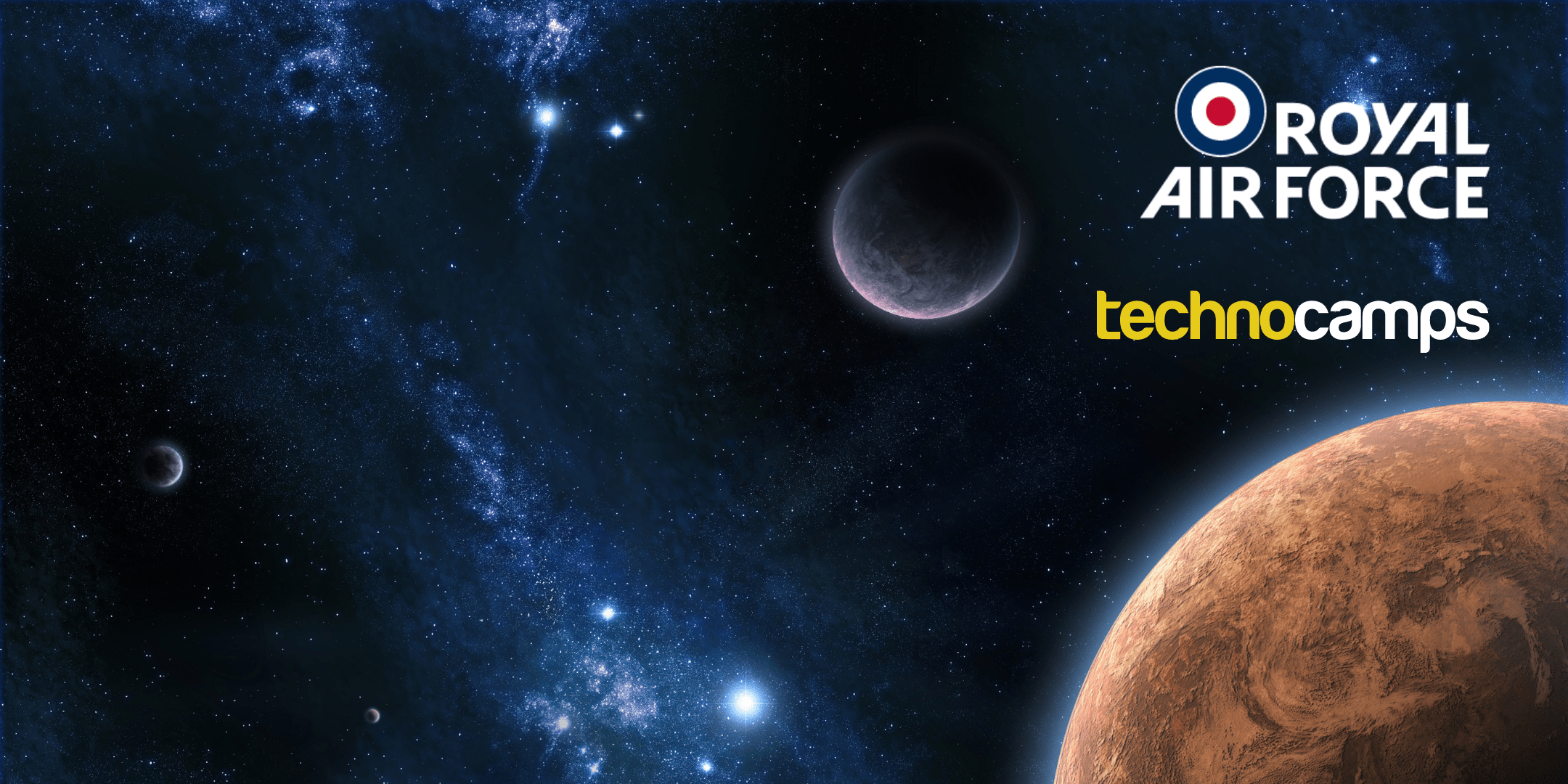 Our 2022 Robotics Competition is in partnership with the RAF!

The theme of this year’s competition is Explore the Unexplored, and Key Stage 3 pupils from across Wales will be challenged to delve into unchartered territory to design and create a robot that is capable of exploring new and extreme conditions, such as planets, jungles and deserts. In their teams, participants should consider whether the robot can recognise where it is, communicate with other beings and is unique in its skills.

Participants will be invited to work as groups (of up to 6) on their prototype which can be built using any hardware or kits they have available to them. They will also be asked to design an A3 poster and a video for their prototypes that will be used as part of their prototype pitch to the judges on the competition final day. Technocamps can loan a LEGO Robotics kit for schools to use to take part in the competition, and offer up to two workshops on the use of these kits to help them familiarise themselves with how the robots work and what they are capable of.