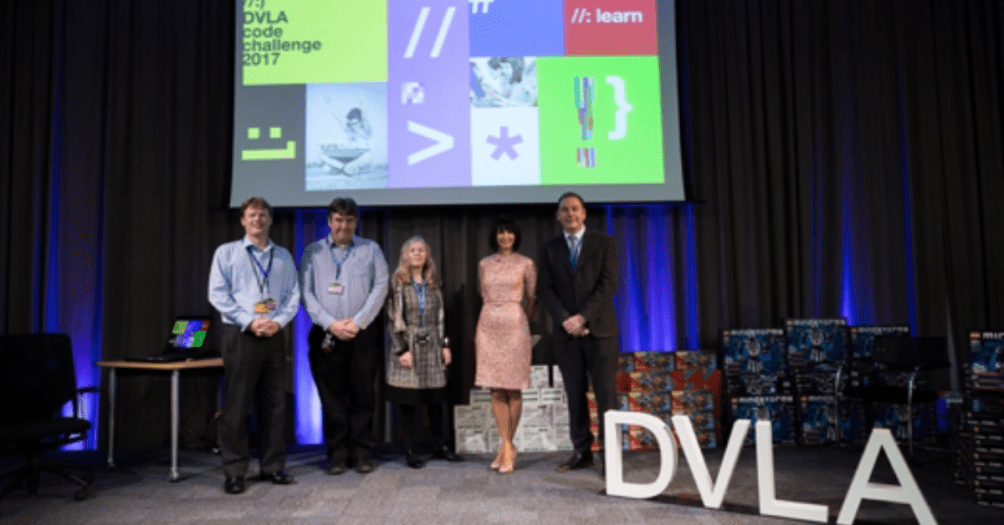 On Tuesday 28th November, school teams from across Wales came to compete in the DVLA Code Challenge which was supported by Technocamps.

The event saw over 60 schools enter the competition; and over 180 children and 150 adults attended the event with almost 2,000 joining the event through live link across Wales. As part of the event, the top five teams presented their entries which were Scratch games based on one of the four themes:

Theme 1: Humpback whales struggle with pollution in our oceans, in particular with the overuse of plastics which could lead to extinction.

Theme 2: Being a nice person is better that being a bully, online or in the real world.

Theme 3: How would the world would look if there weren’t any cars on the road?

Theme 4: How can young people can spot hazards and stay safe while cycling.

Technocamps’ Professor Faron Moller, one of the four judges on the panel, said: “The quality of the entries was exceptional; but what came across most of all was the tremendous fun that the teams had competing in the competition.”

To decide the winners, an online poll was released which had over 600 votes cast.

The overall winners were from Usk Church in Wales Primary School, who won £3000 worth of IT Equipment for their school. Their game “Save Humpity Humpback” challenges players to save Humpity by collecting waste plastic and answering a series of questions.

You can find their video here:

The event compère, Lucy Owen also got hands-on with the activities on the day to promote the important of computational thinking, proudly and successfully solving the “Water Jug Problem”.

Overall, the event was a great success which has inspired hundreds of pupils all across Wales to begin their coding journey.