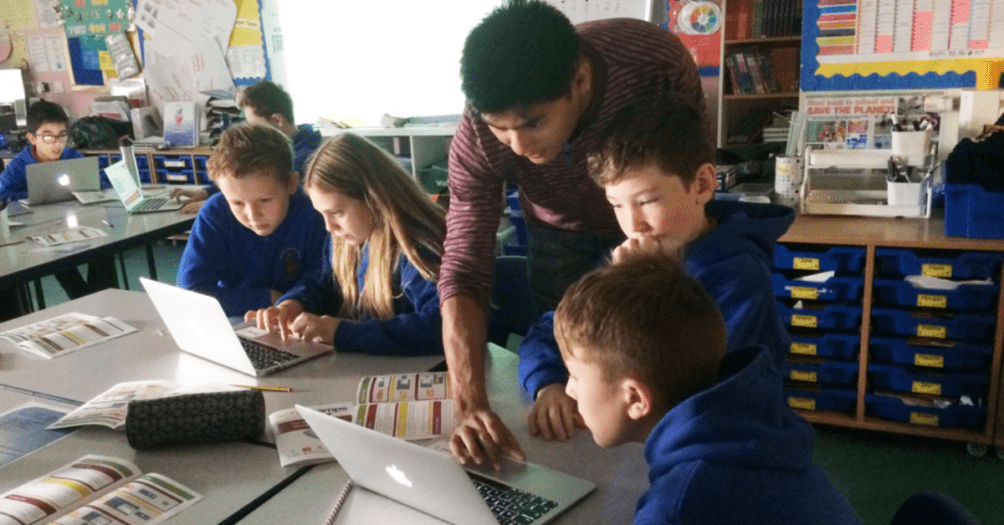 The innovative school’s outreach programme Technocamps have announced that they’ll be reuniting with Theatr na nÓg for a collaborative project in Hong Kong this January as part of the SPARK Festival.

Since their establishment in 2003, the Technocamps team have delivered workshops in programming, games development, robotics, coding and app development to more than 45,000 young people in Wales. January 2019 sees them taking their reputation for inspiring young minds across the globe, with a special project based alongside the Asian Premiere of Theatr na nÓg’s award-winning Welsh musical Eye of the Storm.

Winner of Best Show for Young People at the 2018 Wales Theatre Awards, Eye of the Storm is set in the Welsh Valleys and tells the story of Emmie, a young carer who invents an artificial tornado to generate renewable energy. The hit show boasts a toe-tapping soundtrack written by the prolific and hugely talented songwriter Amy Wadge, best known for her Grammy Award winning song Thinking Out Loud (co-written with Ed Sheeran) and recent BAFTA Award for her music in hit TV series Keeping Faith.

The initial collaboration started back in 2017 when Theatr na nÓg began to look at ways to create genuinely engaging curriculum-based resources for teachers and primary school children to sit alongside a seven-week run of the musical in Swansea’s Dylan Thomas Theatre and Taliesin Arts Centre. Working with the experts at Technocamps, they were able to develop a creative approach to teaching the science of extreme weather. Through a series of bold and exciting workshops, Technocamps encouraged children to think outside the box, an attitude to learning underpinned by the notion that “for artists, scientists and programmers alike, creativity is crucial”.

Professor Faron Moller, Director of Technocamps and Professor of Computer Science at Swansea University commented that

“bringing together computational thinking and creativity is a key element to motivate and inspire well-rounded young people who will become the innovators of tomorrow. Collaborating with Theatr na nÓg has enabled Technocamps to develop and deliver workshops which are not just hands-on and inspiring but packed full of creative thinking!”

Technocamps and Theatr na nÓg set off for Hong Kong this January, where Eye of the Storm will be performed at Tai Kwun, Hong Kong’s centre for heritage and arts between 18 – 20 January 2019.

More information can be found on the festival website: britishcouncil.hk/spark