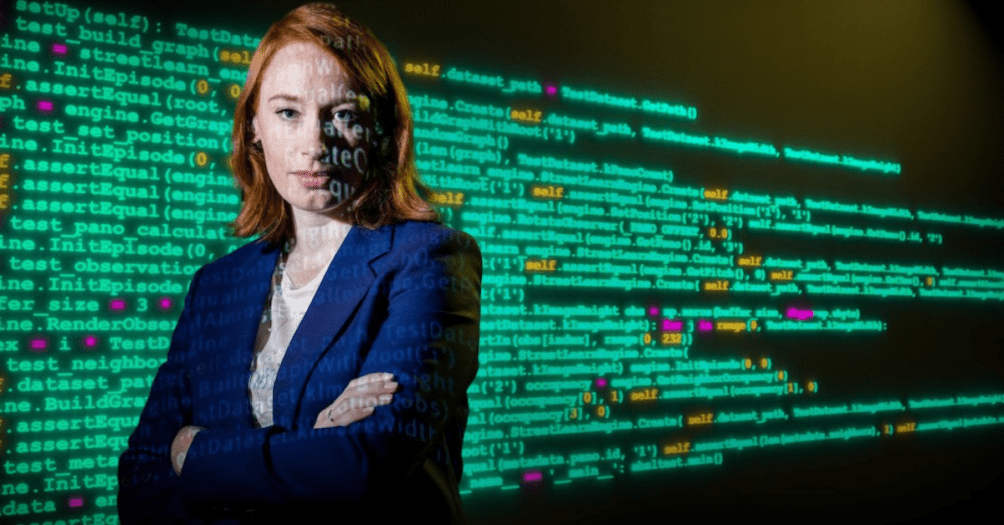 The Royal Institution Christmas Lectures are well-established in the UK Calendar and this year two Technocamps University partners were able to stream the filming of the show ‘live’ to an audience of excited young people and their families.

The Technocamps team worked in collabora- tion with Swansea University’s Oriel Science Project and the National Waterfront Museum for one of the live streams. Meanwhile the University of South Wales hosted a second day of filming, and our Delivery Officers were on hand to demon- strate the work that we do at a special reception event.

This year’s theme was particularly pertinent in the current digital climate. ‘Secrets and Lies’, presented by Hannah Fry, focused on the power of mathematics and in particular on three key questions: Are there any problems maths can’t or shouldn’t solve? Do computer algorithms have too much control over our lives and privacy? Could A.I. decide if someone lives or dies?

Filming for television is notoriously time-consuming and there are inevitably gaps and breaks where shots are re-filmed or scenes re-set. Technocamps was able to fill all the ‘down time’ with computational thinking games and activities keeping the audience entertained. Although chaotic at times, both evenings were incredibly successful. There was a palpable buzz with young people coming away from the event inspired and excited about mathematics and computer science.

“Because the future doesn’t just happen. We create it.”