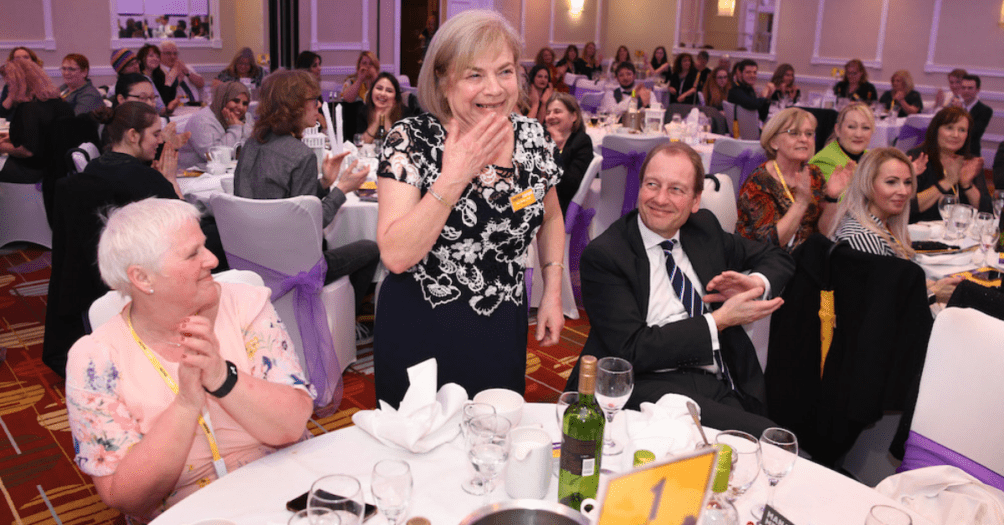 Technocamps is proud to have hosted this year’s annual Gala Celebration for International Women’s Day which took place at Swansea’s Marriott Hotel last week. The evening has become a regular feature on the Welsh social calendar, with guests travelling from all parts of the country to attend.

This year was the 20th Anniversary of the event which focuses on women working in STEM. Guest speakers included Catrin Atkins from Sonix Software and co-founder of Women in Tech Cymru, and Louise Harries, CEO of the Big Learning Companywho stepped in at very short notice to replace one of our speakers who had been taken ill. We are appreciative of her insightful and inspirational input which demonstrated succinctly the issues faced by women working in the technology field.

We were also privileged to hear from our Patron, Beti Williams MBE, who opened proceedings by speaking passionately about her own journey in setting up the ITWales legacy, at a time when opportunities for women in technology were quite scarce. From this legacy grew the Technocamps programme which continues to thrive and expand.

“This year’s celebration was particularly special; it is the 20th year that we have run the event in support of International Women’s Day. I am so proud of the legacy created by ITWales and continued with the Technocamps programme which has expanded way beyond our original expectations. The work that is done in schools, colleges, and industry throughout the country is hugely important and it is brilliant to see so many supporters still pushing forward the agenda that we originally set out to achieve.”

Education Minister Kirsty Williams AM praised the work undertaken by the Technocamps programme to promote the STEM agenda in schools and to upskill workers, as Wales heads towards a digital future. She was also keen to recognise that there is still a great deal of work to be done to address the gender balance in the science and technology fields within the general workforce in Wales.

Our final speaker, Louise O’Shea CEO of the insurance comparison group Confused.com, took the opportunity to promote a more open, sincere, and enthusiastic mindset from everyone, including those in industry, and by encouraging audience members to think differently and to “be more llama.”

“There is no monopoly on wisdom or ideas…we are all open to seeing more women in tech, but we need to get everyone on the same page.”

Closing proceedings, regular host Kevin Johns MBE thanked everyone for coming but with special thanks reserved for Beti Williams MBE, who has been hugely influential over the years in keeping the momentum going and ensuring the event takes place every year.

The Gallery of Photographs is now available at: