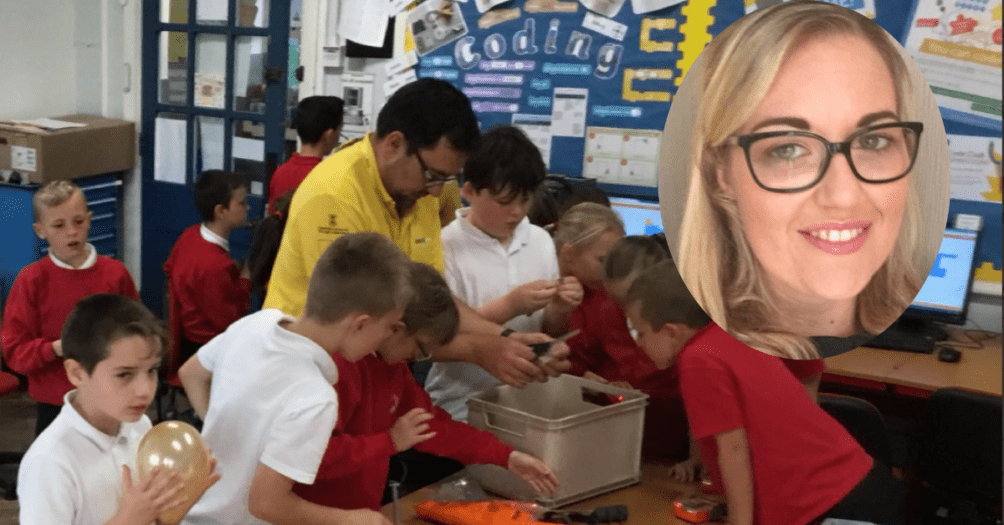 When Colette was deciding on a topic for one of her final assessments as part of her teacher training, she was inspired by a Technocamps workshop in her class a week earlier.

Colette is a Year 5 teacher at Ysgol y Castell in Rhuddlan, Denbighshire, and is completing her NQT year. She chose to use the workshop as a basis for a follow up lesson that focussed on creating algorithms using Edison V2.0 Robots. The lesson would lead into a new unit of work on light, so the work with the robots was contextualised appropriately.

Colette differentiated learning outcomes with different levels of skill and challenge. She used pit-stop plenaries to question pupils about their progress and keep them focussed. The questioning was also designed to stimulate the most able learners to work out higher level solutions for any problems encountered along the way.

The pupils remained on task and motivated throughout. Colette’s mentor was impressed, claiming that she had never seen a lesson hit so many teaching standards at once. A great example of how computer science can be embedded into the Primary School curriculum in a cross-curricular context. Needless to say, she is now a fully qualified teacher.

“Learners tackled the coding activity with confidence following a previous workshop. The positive rapport and the challenge provided by Colette promoted high standards of achievement – learners strived to attain their goals with resilience and sustained effort. This lesson met so many descriptors, and Colette deserves to be highly praised”