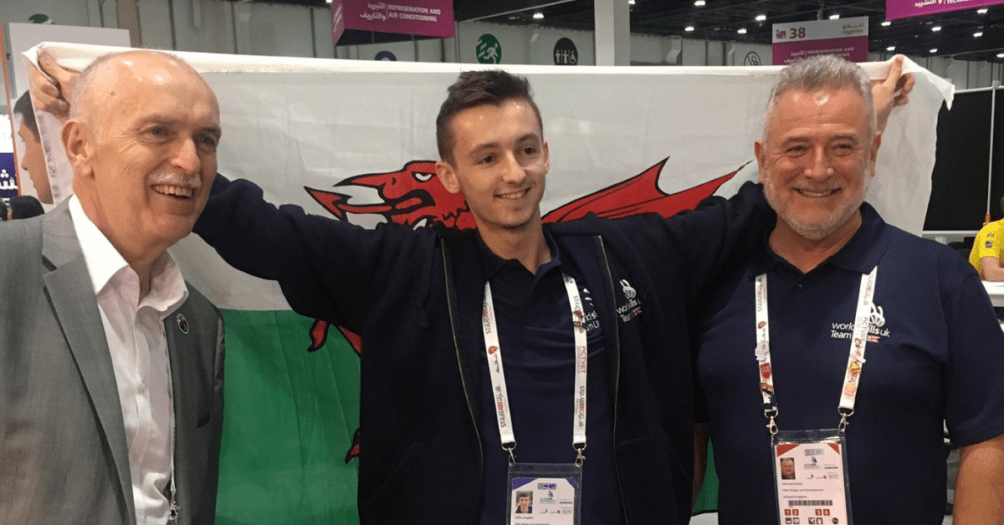 At age 14, Alfie Hopkin took part in a Technocamps 2-day iOS app building course alongside some college students. He enjoyed the course and spending time with like-minded people who were able to give him advice on his future. Later that year, he released his first app onto the app store, which kick-started his career in Software Engineering.

Alfie competed in WorldSkills Abu Dhabi 2017 in Web Designs & Development. The competition sees hundreds of thousands of young people from across the world turning their passions into a profession and Alfie did just that.

Alfie was then declined from a position on his chosen undergraduate course as he hadn’t achieved a B grade in his Maths GCSE. When he came across the Degree Apprenticeship programme, the structure appealed to him as never really wanted to be a full-time student, and having just accepted a job, it made sense.

When studying for our Degree Apprenticeship, Alfie enjoyed the challenge of the more theoretical topics, but found that the practical parts of the course were most suited to him. He recently graduated from the 3-year course and is applying his new skills in his role at Probe-RTS/POET Systems.

He is now focussed on building automated data collection for the manufacturing industry in his role. In the future, he’d like to see the company he works for take this further with other technologies like ML.

Alfie is also passionate about training other WorldSkills competitors and helping more people into the industry.

“The course itself was brilliant. The Degree Apprenticeship has a great layout, and an amazing set of mentors. The skills I learned massively help me in both a personal and working environment. The course helped bring the real-world to academia and I think that’s why I was so happy to be in every class. It was an absolute pleasure to be on the course. The Degree Apprenticeship was a much better option for me as I was able to apply a lot of the material to my work almost immediately.”

More information about Swansea Uni’s Degree Apprenticeship programme
We use cookies on our website to give you the most relevant experience by remembering your preferences and repeat visits. By clicking “Accept”, you consent to the use of ALL the cookies.
Cookie settingsACCEPT
Manage consent