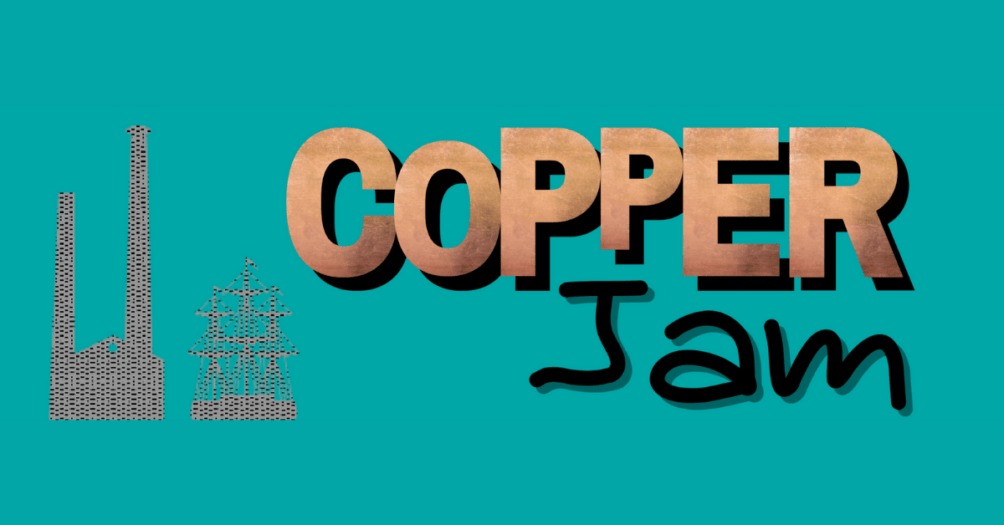 Calling all sixth forms and colleges! Swansea University is inviting students to take part in a Copper Jam to create their own game designing the Hafod Morfa Copperworks.

The University organising a Copper Jam in 2022 to share the 3D models we have created from the Hafod Morfa Copperworks site. The models will be made available to participating schools as Unity 3D Asset files. Pupils will be invited to create their own game using the models and digital assets (photographs, maps, oral histories). This must be completed within the time frame of the Jam and all entries will be judged. The winning team will be invited to Swansea University (subject to social restrictions) and presented with a certificate as well as having the opportunity to visit our Virtual Reality Lab.

Who is eligible?
This opportunity is open to all FE colleges and Sixth Forms in Wales, including individual students. It can take place during teaching time if lecturers or teachers sign up. Sign ups are invited from teams and individuals.

When will it take place?
The Copper Jam will take place throughout February. The deadline for submissions will be Monday 28th February 2022.

Background Information
The Jam is organised by staff from the History, Heritage & Classics and Computer Science departments. Over the past 3 years, they have commissioned a series of 3D models of the Hafod Morfa Copperworks site as part of the ongoing regeneration. The remaining buildings are just a tiny fraction of a massive industry that was built in the lower Swansea Valley in the 19th Century. At its height, Swansea produced most of the world’s copper, importing copper ore from across the world: South Africa, Cuba, Chile and even Australia. Copper products were also exported around the world. The works began to close when the demand for copper decreased and eventually ceased entirely in 1981. The current site is owned by Swansea Council and restoration work on the remaining buildings is ongoing.

Copper Jam Brief for students
Using the 3D models provided, students will be asked to create their own original game. Although they do not need to create a historical world, we would like them to consider the following themes:

– Past, Present & Future
Before the Industrial Revolution, the site would have been green fields with small houses for farmers and their animals. At the height of the industrial era, there were 171 chimneys bellowing smoke into the skies up the River Tawe in the lower Swansea Valley. Now, only 2 chimneys remain and a handful of buildings that are undergoing restoration. The site is planned for further developments including housing and enterprise.

– Industrial Wales
Wales was one of the first countries in the world to lead the Industrial Revolution. Whereas cotton and the production of textiles drove the industrial era in England, in Wales the story was not about the factories, it was all about the coal, which Wales had lots of. Coal was an innovative source of power and allowed for huge increases in the processing of raw materials. In the Copperworks, the coal was used to power huge ovens called furnaces to make copper. Swansea already had a busy port, connected all over the world. The docks, canals and railways made it very easy for coal and copper to be transported up and down the River Tawe.

– Post-industrial Wales
When an industrial site is no longer in use for industrial use, it can often become rundown and abandoned. This is true of the Copperworks site. For a period of 20-30 years it lay disused – a place on the ‘edge.’ The soil and the river were also very toxic until work was done to clean it up. Now the river is clean and is used for a variety of leisure purposes.

You may want to recreate factory processes, clean up and restore the buildings, re-imagine it as a place to make something else or recreate the site at its height and try and operate it as effectively as past copperworkers.

Enter now
We use cookies on our website to give you the most relevant experience by remembering your preferences and repeat visits. By clicking “Accept”, you consent to the use of ALL the cookies.
Cookie settingsACCEPT
Manage consent