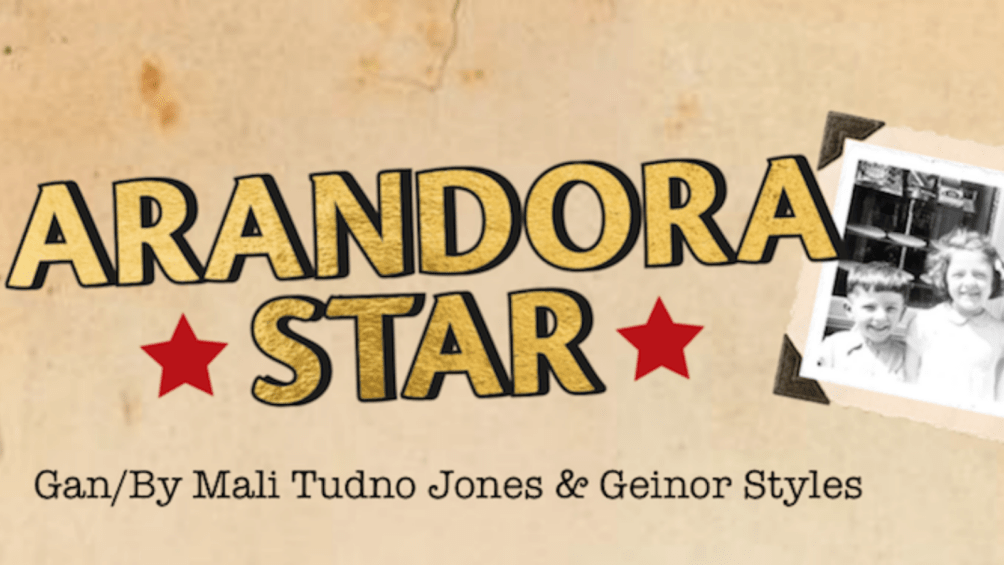 We are working with our partner, Theatr na nÓg, to educate schoolchildren in Wales on the reasons people migrate across the world. The play, The Arandora Star, which tells the story of the Italian communities living in Wales during WWII, will showcase as a live theatre production at The Dylan Thomas Theatre in Swansea in Spring 2022.

Theatr na nÓg returns to the Dylan Thomas Centre, Swansea, this Spring with sell-out performances to over 3,000 school children to tell the  moving story of The Arandora Star. A play that celebrates the influential role of the Italian communities of south Wales. Arandora Star tells the story of the Welsh Italians who were forcibly removed from their homes during the Second World War and about their families left behind. When one of the ships containing these Welsh Italians is torpedoed, young Lina and her mother are forced to forge a new life in Wales without a father.

The play is aimed at school students from Year 5 and older and schools will have the opportunity to follow the performance with a Technocamps workshop. The workshop will enable pupils to program a game that shows characters moving around the world. The aim is to show pupils the reasons for migrating – whether positive or negative – and the impacts this can have on them and the people around them, all while engaging pupils in computing.

Technocamps Assistant Director Stewart Powell said: “We are so excited to be working with Theatr na nÓg again this year. Partnerships like this one allow us to inspire more young people across Wales, and engage them in important topics like resettlement and the issues facing other communities across the world and how it affects them in Wales.”

Arandora Star Co-writer Mali Tudno Jones said: “The Italian contribution to South Wales as well as the hardships suffered should without a doubt be acknowledged more.”

Both English and Welsh language performances of Arandora Star will take place at Swansea’s Dylan Thomas Theatre from 8 February to 23 March.

Find out more
We use cookies on our website to give you the most relevant experience by remembering your preferences and repeat visits. By clicking “Accept”, you consent to the use of ALL the cookies.
Cookie settingsACCEPT
Manage consent