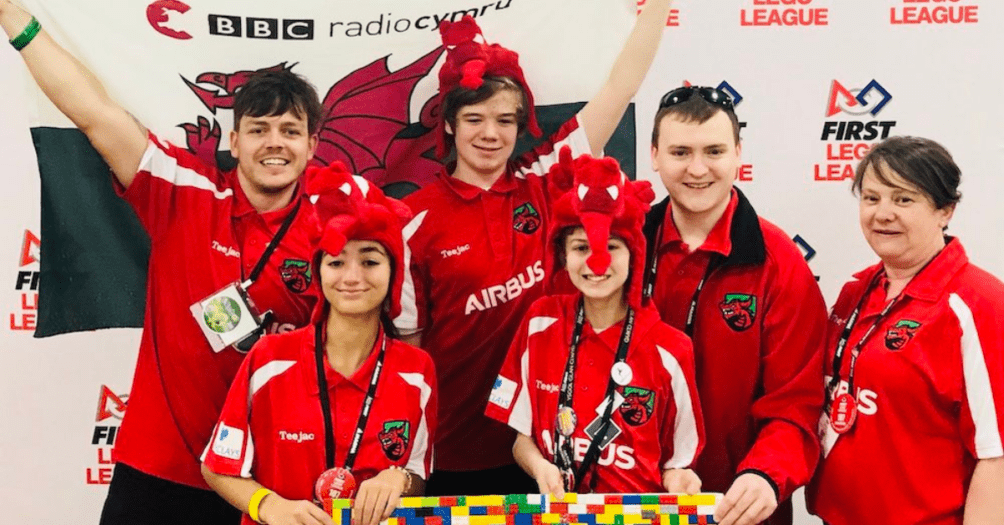 A team of pupils from Ysgol Glan Clwyd travelled to Detroit, USA in order to represent Wales at the annual FIRST® Robotics World Festival at the end of April.

The World Festival is the accumulation of a year’s worth of local, national and international events with teams from over 50 countries around the world competing. The Welsh Technoclub Tîm Egni based at Ysgol Glan Clwyd in St. Asaph, participated in this year’s competition, held in Detroit USA, which focused on the theme of HYDRO DYNAMICSSM. Teams explored how to improve the ways people find, transport, use, or dispose of water, all while operating under the FIRST LEGO League signature set of Core Values, emphasizing teamwork and good sportsmanship.

The Project sees FIRST LEGO League teams research and solve real-world problems just like scientists and engineers. Each team was asked to:

The Robot Gameseesteams build and program an autonomous robot using a LEGO® MINDSTORMS® kit to solve a set of missions on a playing field. Each mission represents the amazing engineering used to protect the most precious liquid asset – water.

The team had an unforgettable experience taking part in the festival, finishing in the top 100 teams of the 35,000 competing worldwide in the Robot Game, and it was great to be there to support a team who have not only found inspiration in computer science but have inspired us with their world-class innovation and teamwork.