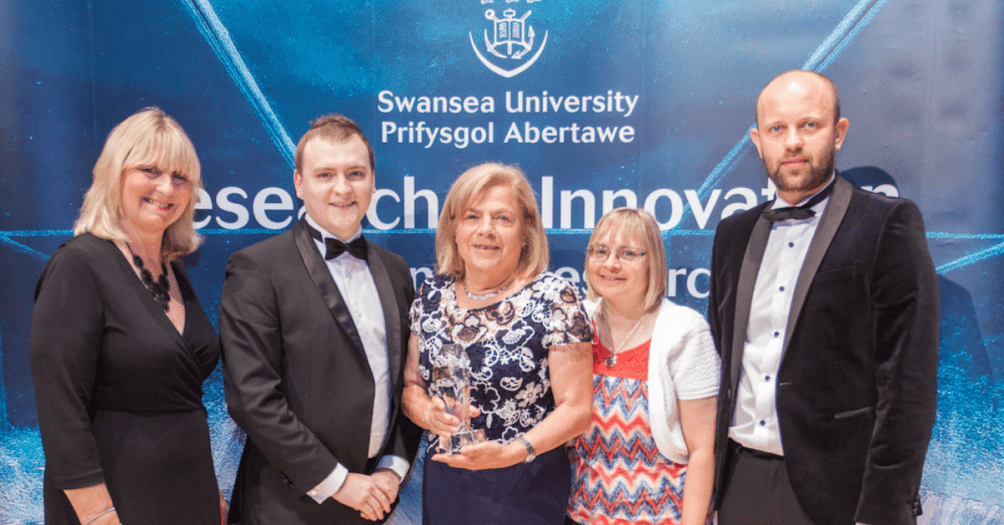 “We are celebrating the distinctive Swansea University emphasis upon making a difference.  We are showcasing a wide range of exceptional research and innovation taking place at Swansea University, and the impact this is having across the world.  Much of this is as a direct result of our collaborations with private and public-sector organisations, and I would like to take this opportunity to thank all our partners.”

As part of the event, awards were given in ten different categories to praise the impact of individuals and projects across the University. Technocamps was put forward as an entry for the Outstanding Contribution to Public Engagement and was delighted to have won the award.

“It is an honour to be highlighted for the significant impact that the Technocamps Programme has had on pupils, teachers and schools! It is an exciting time for Technocamps as we embark on a new European-funded operation to motivate, inspire and support pupils’ ambitions to study computer science across Wales. I would also like to thank MHA Broomfield Alexander for sponsoring the award.”

Additionally, four of the category winners have been shortlisted to be put forward for the Queen’s Anniversary Prizes. Technocamps was honoured to be selected as one of the four!