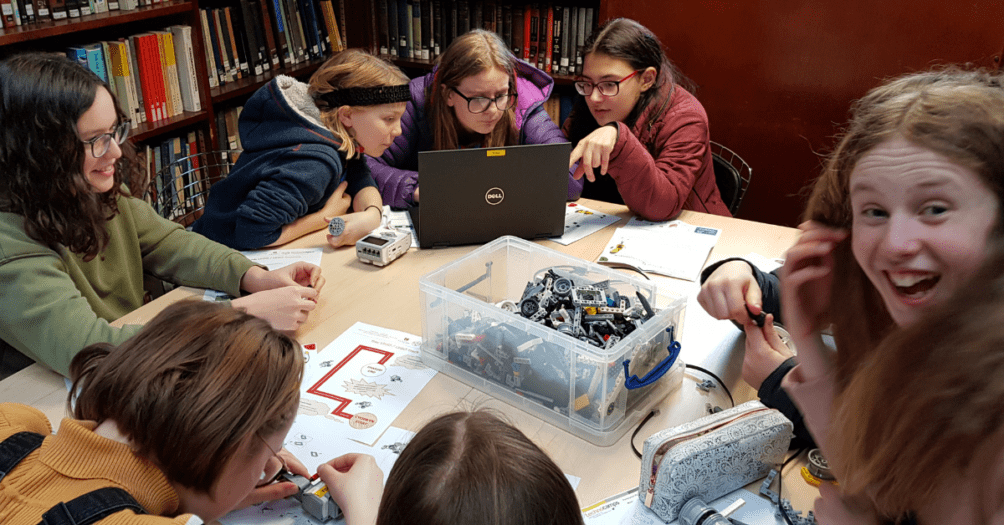 We have recently undertaken a collaboration project with Cardiff Science Festival and Impact Gamers. The project, Impact Games, aimed to inspire young people to become game makers rather than game players! The project will end with a celebratory demonstration of the games that has been created as part of the Cardiff Science Festival in February 2021.

We were pleased to also work with Girlguiding Cymru – an organisation that focuses on supporting the development of girls. Impact Gamers, an award-winning company based in Bradford, helped sculpt sessions that would show young people how fun and easy coding could be. We supported sessions using Cardiff University’s STEM Ambassadors Scheme, whereby students undertake a range of activities to promote computing and STEM to young people.

The girls were given demos of other games from which they could take inspiration and develop something of their own. This entire process was great as the girls would get excited and share creative ideas.

The project worked with nine groups of girls within Girlguiding Cymru, over six remote sessions to create nine interactive games that reflected a range of Science-themed topics. The ideas and implementation of the game down to the participants, and it was fantastic to see them build in confidence through their time with us. The topics the girls reflected included Space Exploration, Cleaning the Atmosphere, and the body’s reactions to illnesses. As you can see from the images, they’ve done a brilliant job.

This project was an opportunity to inspire the next generation of female scientists. UCAS figures show that 16.2% of the 2020 intake for Computer Science were female, which was a 1% increase from the previous year. Though the numbers have been steadily increasing over the last 5 years, we hope to continue developing, empowering, and encouraging girls to get into coding. We are proud of this project and of the participants.

“Since my childhood whenever I wrote code, a feeling of accomplishment and exultation spread through me, almost giving me an adrenaline rush. It is then I knew that I wanted to inspire girls like me to break all stereotypes and choose computer science to achieve their dreams. Impact games gave me this opportunity… I was thrilled to support the girls’ ideas and advise them to make their ‘perfect’ game.  The participants made friends with one another other in no time and helped each other in the sessions.” – Arunima, STEM Ambassador

“The games created were very well done and you can see all the hard work the girls put into them. They managed to add all sorts of educational elements to make the game relate to the information that was given to them. All teams completed their games and were happy with the outcome.” – Peter, STEM Ambassador