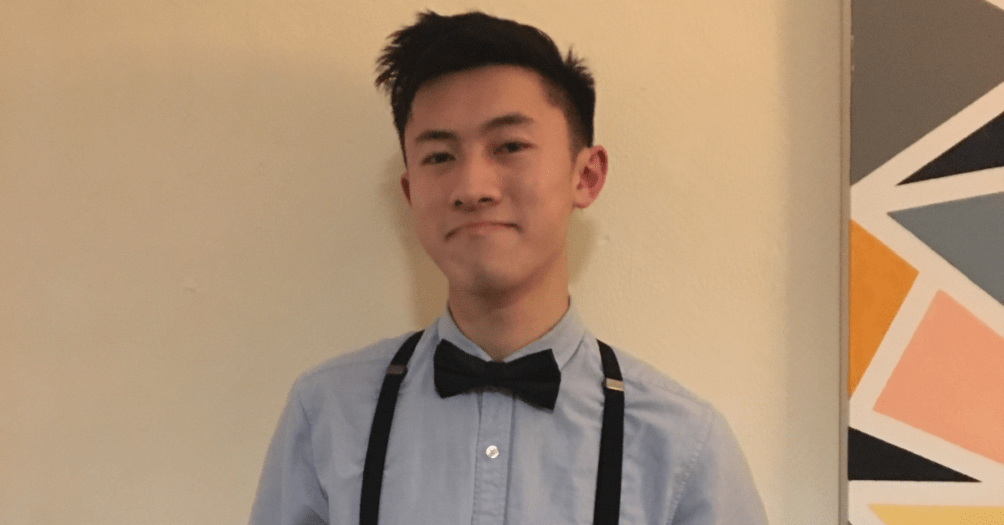 Derek attended Ysgol David Hughes, where Technocamps participated in several workshops for skills days amongst other activities. He was involved with a number of Technocamps workshops, one of which included using code to spawn blocks and change the environment in Minecraft, which inspired Derek’s interest in Computer Science.

He was also involved in a Technocamps competition held at Venue Cymru, in which his team made a minesweeping robot out of Lego Mindstorms. After that, the team had to strip it down, rebuild and reprogram the robot to dance to the Gangnam Style music video!

After the workshops, Derek was very excited to consider the sort of things he could create if he knew how to program. Having spoken to his ICT teacher, he was encouraged to get more involved with Scratch and compete in the Technocamps competitions. Having done one competition, he felt a lot more informed about what programming involved.

Having done so much with programming, Derek aims to pursue a career that is at least partially involved with it. Currently, he has been looking at robotics, which will involve a lot of programming, and computational thinking has been a skill that has helped him through many complicated mathematical and engineering problems, so it will be something that he uses almost daily.

“Prior to the Technocamps workshops, I had no idea that programming was something that I could have pursued.”

[EU funds are having a positive impact on people, businesses and communities across Wales by raising skills and helping people into work. The Technocamps operation has been supported by the European Social Fund through the Welsh Government.]
We use cookies on our website to give you the most relevant experience by remembering your preferences and repeat visits. By clicking “Accept”, you consent to the use of ALL the cookies.
Cookie settingsACCEPT
Manage consent