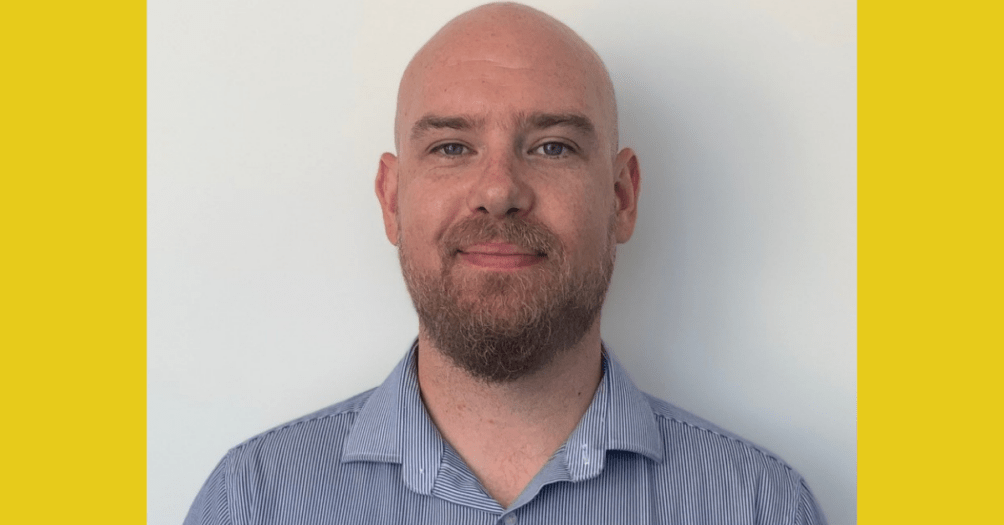 Aled works within Swansea University‘s Estates department as a systems administrator and has a keen interest in sports. He was first made aware of the Degree Apprenticeship programme through his line manager and jumped at the chance of getting involved. After a short interview and a small test, he was accepted onto the course…

Aled had an interest in IT since a young age. He got his first computer at age 11 and enjoyed computing ever since. However, academically he never did well with computer science. Ironically, the only GCSE he failed was IT, and he also failed IT at A level. When Aled was 19 years old, he started a Software Engineering degree at Swansea Metropolitan University, but failed his first year so he moved onto another computer science course. This never stopped Aled progressing with a career in computer science. His inspiration is his brother, a software developer who has his own successful software company, turning over millions of pounds every year. Aled always wanted to be able to do what his brother could do, but never managed to learn programming. By completing the Degree Apprenticeship programme, he has been able to achieve his ambitions.

In his current role, Aled’s main responsibilities are implementing new systems, testing and releasing upgrades, working with software suppliers to develop and release new developments and much more. He also creates reports using a range of suits from Excel, PowerBI and bespoke reporting tools. With his new software engineering qualification obtained, his role is slowly changing as he can now create and release bespoke systems himself. Where previously the University we would have external companies create bespoke software solutions at a large cost, Aled is now able to create bespoke systems in-house. The first development to be implemented will be the project he created in his third year of the Degree Apprenticeship. There are plans for more systems to be developed and released by Aled to aid with improving internal processes.

The knowledge gained from the course is helping Aled to communicate with suppliers and create bespoke reports. This is because he has a better understanding of creating software, so can explain things on a technical level, and with an advanced knowledge of databases, he can report and create queries he could not previously do.

For Aled, the programming aspects of the course were the most interesting and enjoyable. His favourite modules focussed on web applications and mobile apps. He has always had an interest in programming, but never learned how to do it. The way the course is taught, it takes students from a complete beginners, to eventually be able to create full software systems. This personal development was the most enjoyable for Aled, as students created full working web applications and mobile apps, which is what Aled had always wanted to be able to do, but never thought he would be able to.

The most challenging part of the course for Aled was managing time between his full-time job, family life and course work. However, after the first few months, he found a good balance between the three and managed to successfully manage all aspects. It was also challenging for Aled to adapt from having the course taught in person, to being fully online due to COVID. But thanks to the work of the staff on the Degree Apprenticeship programme, it quickly became “normal” for Aled as the transition was done smoothly.

Aled’s ultimate ambition is to start his own software company and have a successful business. There are four students who completed the degree at the same time with these same ambitions, and they are discussing how they could do this in the future.

Aled struggled many times with the academic side of computer science, and programming specifically, but he successfully graduated from the course. He is urging anyone considering applying for this course to go for it. If you are unsure as to whether you have the necessary skills, our Degree Apprenticeship team will support you towards success.

“By completing this course, I have been able to achieve my ambitions, which I will forever be grateful for. I have massively enjoyed the last 3 years. It was tough at times, but the support from the lecturers is second to none, and I have made some friends for life.”

Find out more about the Degree Apprenticeship programme
We use cookies on our website to give you the most relevant experience by remembering your preferences and repeat visits. By clicking “Accept”, you consent to the use of ALL the cookies.
Cookie settingsACCEPT
Manage consent