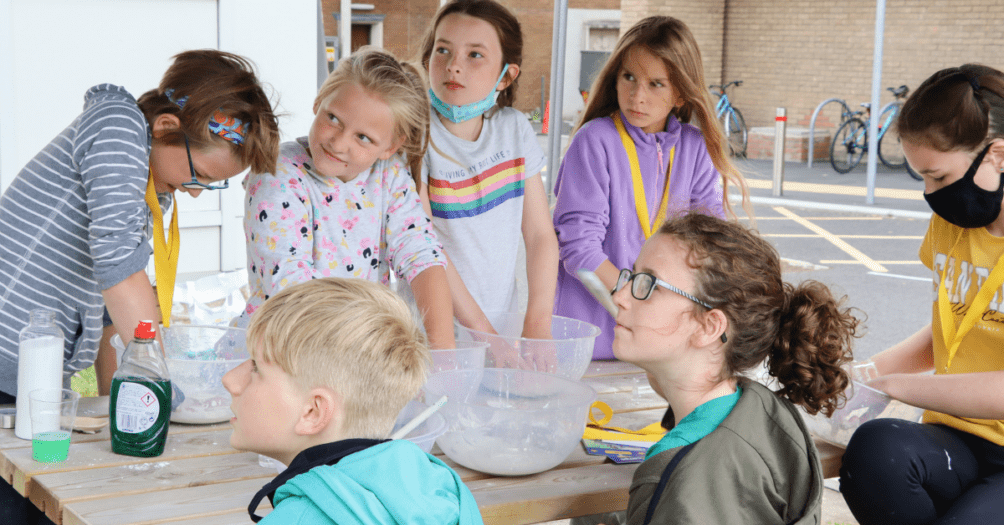 We are thrilled to be amongst the prestigious businesses and individuals shortlisted in the 2022 Wales STEM Awards!

As a pan-Wales organisation, we are amongst 34 innovative companies to be named finalists in this year’s highly anticipated awards, which celebrate those making a difference to, and championing, Science, Technology, Engineering, and Maths (STEM) in Wales.

Following the success of the inaugural awards, the Wales STEM Awards is back to shine a spotlight on the organisations and individuals making a difference to the STEM agenda in Wales.

The awards will celebrate those leading the sector in Wales, the businesses creating an impact on the Welsh economy, those addressing the STEM diversity gap and skills shortage, and those inspiring and raising aspirations of the next generation. Technocamps was shortlisted in the STEM Educational Programme of the Year – Public Sector category, which aims to recognise an initiative which addresses the STEM diversity gap, the skills shortage and seeks to inspire and raise the aspirations of the next generation.

All finalists across the 12 categories will now be considered by an industry-leading panel of judges, with the winners being announced at the awards ceremony at the Mercure Cardiff Holland House Hotel on 27 October 2022.

Since being established in 2003, Technocamps’ traditional activity has concentrated on providing hands-on workshops for primary and secondary schools in Wales to encourage the take-up of computing and STEM subjects at GCSE and A-level and beyond. It also aims to counter the recognised problem of specific groups of young people – particularly girls – disengaging with STEM subjects in the transition period between primary and secondary.

Professor Faron Moller, Director of Technocamps, said: “We are absolutely thrilled to be shortlisted for this award. To be considered alongside some of the most amazing initiatives in the country is humbling, and we are delighted to have the recognition for the hard work that we do.”

Co-founder of the awards Liz Brookes, said: “We are delighted to announce the shortlist for the 2022 Wales STEM Awards. With the success of the inaugural awards really highlighting the amazing work of the most progressive organisations and individuals at the forefront of STEM innovation in Wales, we’re looking forward to recognising and celebrating those that have done some impressive stuff over the course of this year too! We’d like to congratulate all those shortlisted and look forward to seeing them all at the awards evening in October.”

Dr Louise Bright, head of judges and founder of Wales Women in STEM Network, said: “The Wales STEM Awards do such an important job recognising and celebrating the achievements of organisations and individuals working in Science, Technology, Engineering and Maths in Wales. This year, just like the first Wales STEM Awards, I’ve been privileged to read about the inspiring work happening around the country. I am looking forward to meeting the nominees and learning more about them and unlike our inaugural year, celebrating their success in person at the awards ceremony in October.”

The Wales STEM Awards are being jointly organised by Grapevine Event Management and communications agency jamjar and are sponsored by The Centre of Excellence in Mobile and Emerging Technology (CEMET), the Compound Semiconductor Applications Catapult, Development Bank of Wales, Business News Wales, Educators Wales, Linea Resourcing and Cardiff Metropolitan University.