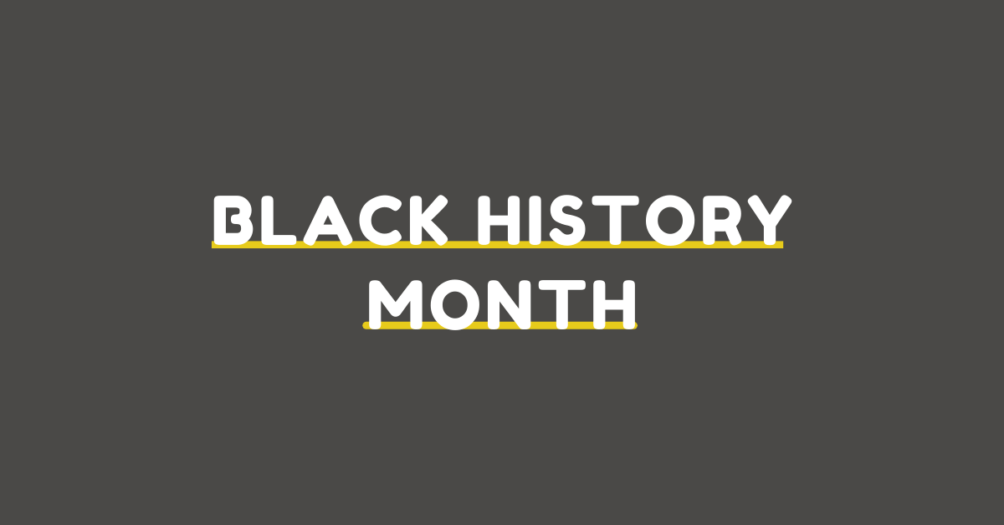 Each October, we honour Black History Month by sharing, celebrating and understanding the impact of Black heritage and culture. Let’s take a look at 10 Black pioneers in Computer Science that have made the industry what it is today..

1. Katherine Johnson
You may know of Katherine Johnson from the film Hidden Figures. Her work as a mathematician and “human computer” was critical to the success of the NASA US Space Programme in the 1950s and 60s. She was keen to learn quickly and asked lots of questions in her role at NASA, which led to her working on the project to get people into space. She researched using geometry for space travel and ultimately her analyses were used to send people to the Moon.

2. Kimberley Bryant
Kimberley Bryant is the founder of Black Girls Code – an organisation that encourages Black girls to pursue careers in technology, and gives them the skills they need to do this. After discovering that there were no suitable courses for her daughter to study coding and having a similar experience herself at that age, Bryant established Black Girls Code to empower girls – especially those from minority populations – to get involved in STEM. The organisation aims to teach a million Black girls to code by 2040, and has taught 3,000 to date.

3. Mark Dean
Mark Dean worked at IBM for over 30 years, and was a key pioneer in the invention of PCs and their ability to communicate with other devices. His work also led to the development of computer plug-ins such as disk drives and printers. He holds 20 patents and made computing accessible to all. Without his work, you probably wouldn’t be reading this article right now!

4. Marie Van Brittan Brown
Marie Van Brittan Brown invented the audio-video alarm system with her husband Albert Brown in 1966. Living in an area of high crime in New York, Marie was fearful and therefore required a home security system. The security system was the basis for the two-way communication and surveillance features of modern security. Her original invention consisted of peepholes, a camera, monitors, and a two-way microphone. The final element was an alarm button that could be pressed to contact the police immediately.

5. Dr Segun Fatumo
Segun Fatumo is an Assistant Professor of Genetic epidemiology & Bioinformatics at the London School of Hygiene & Tropical Medicine. His background in Computer Science supports his research into the genetic impact of non-communicable diseases. He uses genetics to understand people’s risks of developing conditions like diseases and his research has identified ways to treat malaria.

6. Dr Mae Jemison
Mae Jemison became the first woman of colour to travel into space in 1992. After graduating from University, Mae trained as a medical doctor and worked for the Peace Corps for Sierra Leone and Liberia. Inspired by her love of Star Wars, Mae joined NASA’s astronaut training programme in 1987, where she worked for six years. Mae started the Jemison Group, a consulting company that encourages science, technology, and social change; and directs the Jemison Institute for Advancing Technology in Developing Countries.

7. Dr Maggie Aderin-Pocock
Maggie Aderin-Pocock has dyslexia and attended thirteen different schools when she was growing up. She was passionate about Astronomy and graduated from Imperial College London with a degree in Physics, before gaining her PhD in Mechanical Engineering. She now presents the BBC’s Sky at Night and is a science communicator through her organisation Science Innovation Ltd.

8. Marian R. Croak
Marian R. Croak is the reason we can now make video calls to work from home and see friends and family all over the world without leaving the house. Her work in the 1990s contributed to the Voice Over Internet Protocol (VOIP). Today, she has over 200 patents and is a Vice President at Google. She is passionate about making sure Artificial Intelligence is used responsibly and to have a positive impact on society.

9. Roy Clay
Roy Clay was a programmer who is often referred to as the Godfather of Silicon Valley, thanks to his contributions to the industry. His work shaped HP and technology, developing the HP 2116A minicomputer in the 1960s. He also established a number of programs to encourage and support people from minority backgrounds to get involved in technology and science.

10. Granville T. Woods
Granville T. Woods, often referred to as “Black Edison,” registered almost 60 patents in the 19th century. His inventions included the ​​first electric railway that was powered with electric lines from above the train, the first telegraph service that allowed messages to be sent from moving trains and several solutions to train airbrakes, massively improving the safety of trains at the time. These inventions are still applied today by major manufacturers of electrical equipment across the world.