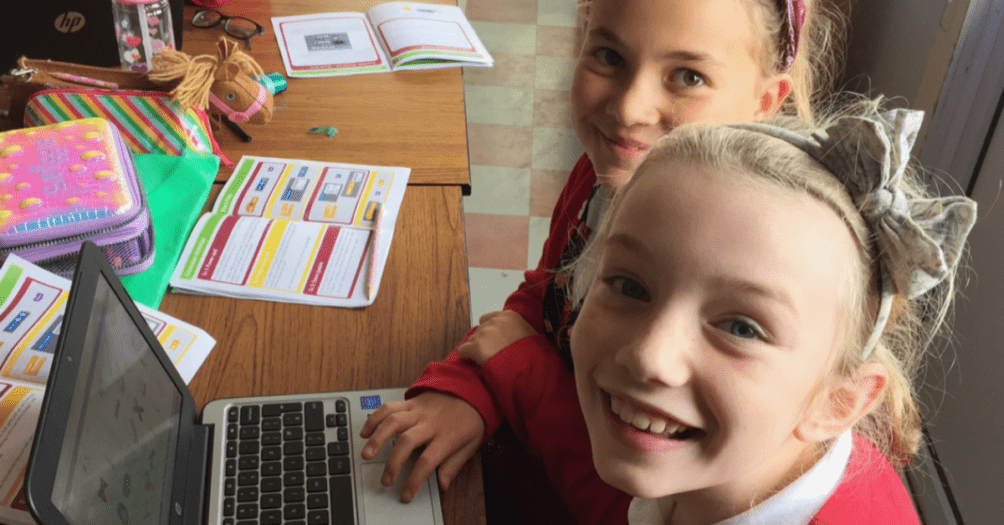 Two Welsh universities are to receive £1.2m to support their involvement in the UK-wide Institute of Coding helping create the next generation of digital specialists, Cabinet Secretary for Education Kirsty Williams will announce today (Tuesday, 1 May).

The investment is on top of a £1.3m drive to connect Welsh pupils with coding, Cracking the Code, which was announced last year.

Research from 2016 showed the digital sector employs 40,000 people and is worth over £8.5 billion in turnover to the Welsh economy.

Cardiff and Swansea Universities will benefit from the funding, allocated by HEFCW, which will include £200,000 to support coding initiatives in schools, colleges and universities.

The Institute of Coding has been established by the UK Government to serve as a national focus for improving digital skills provision. It includes universities, businesses and industry experts including IBM, Cisco, BT and Microsoft.

The funding will pay for computers and associated equipment for Technocamps labs which provide hands-on experience for teachers and learners on a range of coding activities and tools. It will also fund schools/business liaison officers, and the establishment of community engagement code clubs run by the National Software Academy.

The Cabinet Secretary will make the announcement at St Philip Evans Catholic Primary School, Cardiff, which runs a coding club.

Since announcing Cracking the Code progress has included:

Kirsty Williams said: “Code is everywhere and part of our everyday lives. Having world-class digital skills is essential and it is vitally important that young people have the ability and knowledge to develop in this field.

“I’m pleased to announce that £1.2m is available for Cardiff and Swansea universities to take part in the Institute of Coding which will allow them to link with other universities, businesses and industries.  Importantly the funding will also enable them to carry out work in the community, building further on the steps we have already taken to ensure coding is part of the learning process in our schools.”

David Blaney, Chief Executive of HEFCW, said: “This is an excellent opportunity for the universities involved to be part of the influential consortium of businesses, professional bodies and universities, and to develop a recognised standard to meet the needs of the digital industry. We are excited to be able to fund the universities involved in order to give this development the status it deserves in Wales.

“The funding will develop coding activities for students and young people in Wales to help address any skills gaps. It will allow universities to run new and revised degree programmes in Software Engineering, Artificial Intelligence and Cybersecurity, with considerably increased opportunities to access work experience.

“This will have a significant impact on Wales’s ‘supply-chain’ of coders: from upskilling teachers and running hands-on computer science workshops to inspire young people, to delivering work-ready technical graduates. Through student STEM ambassadors, they will also have a role in changing the perceptions of computer science and breaking down barriers to participation, including providing more opportunities for women to participate in computer science.”

Professor Faron Moller, Director of Technocamps and Lead of the Institute of Coding Wales, said: “With the pan-Wales Technocamps programme, and through delivering novel software engineering apprenticeship courses to full-time employees from companies throughout South Wales, Cardiff and Swansea Universities together represent a powerful force in Wales in addressing the national skills shortage in the digital economy workforce. We are excited at the prospects and new opportunities that will arise from being partners in the UK-wide Institute of Coding.”

Professor Stuart Allen, Head of School, Computer Science and Informatics, Cardiff University said: “The Institute of Coding builds on the successful partnership between the University’s National Software Academy, Welsh Government and industry leaders, to address the national shortage of skilled programming and software engineering graduates. Its focus on developing skills and knowledge through hands-on experience on industry-led projects is producing sought after graduates ready to step straight into careers as commercial software engineers.”

Computer code is a set of rules or instructions that makes it possible to create computer software, apps, and websites.  It is a means by which learners can transition from being users to becoming authors of technology.