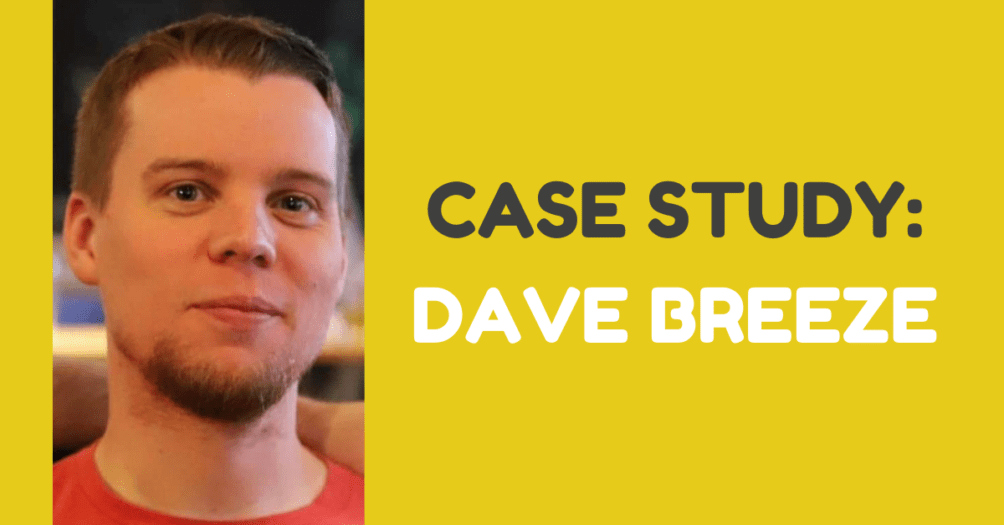 Dave is a Software Developer at Vizolution, a fintech company based in Swansea Bay. It was through his role at Vizolution that he signed up for our fully-funded Degree Apprenticeship programme.

Dave initially got into computer science purely as a way to solve problems. He was working in an admin job and there were dozens of repetitive tasks being done in the office that he felt could be easily automated, so he started looking in to how to do that, and things escalated from there. He registered for the Swansea University Degree Apprenticeship programme to gain a BSc in Applied Software Engineering in 2018 and graduated this summer.

Dave’s favourite parts of the course were the technologies that he has steered away from in his career. By being encouraged to study them in the course, it often taught him new ways to look at problems that he was unlikely to have considered otherwise. The most challenging part of the course for Dave was time management. It is a full-time course that is completed alongside a full-time job, so this improved his time management skills.

After graduating from the Degree Apprenticeship, Dave now feels that he has a better set of tools, and a better understanding of his work, which means he is able to do and discuss his work with more confidence than he had before starting the programme. As a self-taught developer, Dave was worried that there were gaps in his knowledge, where he has learnt how to do tasks, rather than understand why they are done. This course has helped him fill those gaps in understanding and given him the confidence he needed to progress further in his career.

Find out more about the Degree Apprenticeship programme
We use cookies on our website to give you the most relevant experience by remembering your preferences and repeat visits. By clicking “Accept”, you consent to the use of ALL the cookies.
Cookie settingsACCEPT
Manage consent